For my third week of data collection, I pointed my infrared cameras at some local bats. My third field site is at a Humboldt County park, called Swimmer’s Delight. My box was mounted alongside the Van Duzen River, which winds its way through the park and alongside Route 36. The park is located within a large redwood grove, where several large hollow redwoods serve as great roosting locations for multiple bat species. In addition, a small colony of Myotis roost under the shingles of the park ranger’s trailer, located just on the premise. The weather was perfect, getting very warm during the day and cooling down at night.

On the 4th of July, my friend and fellow graduate student Cari and my fiancé Brad joined me for some sunshine and barbeque. We spent the holiday lounging in the sun and playing fetch with the two Labrador retrievers that Cari is pet sitting. On Saturday Brad and I made a trip down to Humboldt Redwoods State Park, the same place I spent the fall and winter catching bats. This time, we were there to take advantage of the well-maintained trails for long runs. Following the run, we visited the Women’s Confederation Grove Redwood Grove for a picnic lunch. This particular grove is home to an albino redwood tree, hidden just off the driveway. Instead of the regular green needles, the albino tree has white needles. The lack of green pigment (and chlorophyll) means that the tree is unable to photosynthesize and generate its own nutrient source. As a result, it has highly stunted growth and lives as a parasite on a regular redwood. This particular albino is one of just ten albino redwood trees in California. 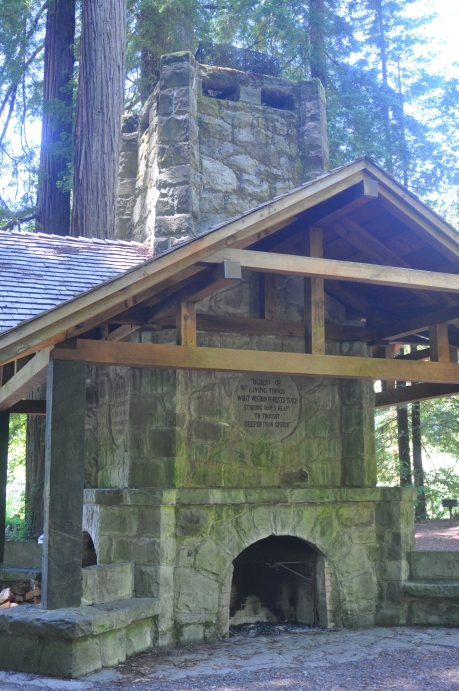 A nice quote from the hearth at the grove. 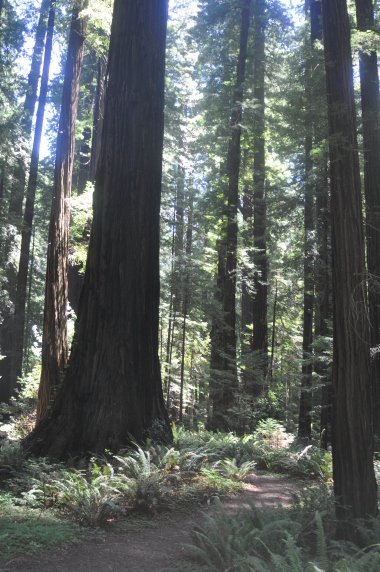 One thought on “Notes from the Field #3”